The vehicle is the result of a collaboration between Virgil Abloh and Mercedes chief designer Gordon Wagener. Mercedes says the design was finalized prior to Abloh’s passing in November 2021. In case you’re unfamiliar with Abloh, know that he was many things throughout his life. He’s known best for being a fashion designer and entrepreneur, but he was also an artist, philanthropist and architect.

As for the car itself, the exterior uses a two-tone paint combo that you might recall from the Project Maybach electric off-road coupe. The bottom half is meant to make you think of sand, while the top half contrasts that in a glossy Obsidian Black finish. The window frames lose their bright look and are painted black to make it as monolithic as possible from the side. Even the forged wheels are painted in the sandy hue. 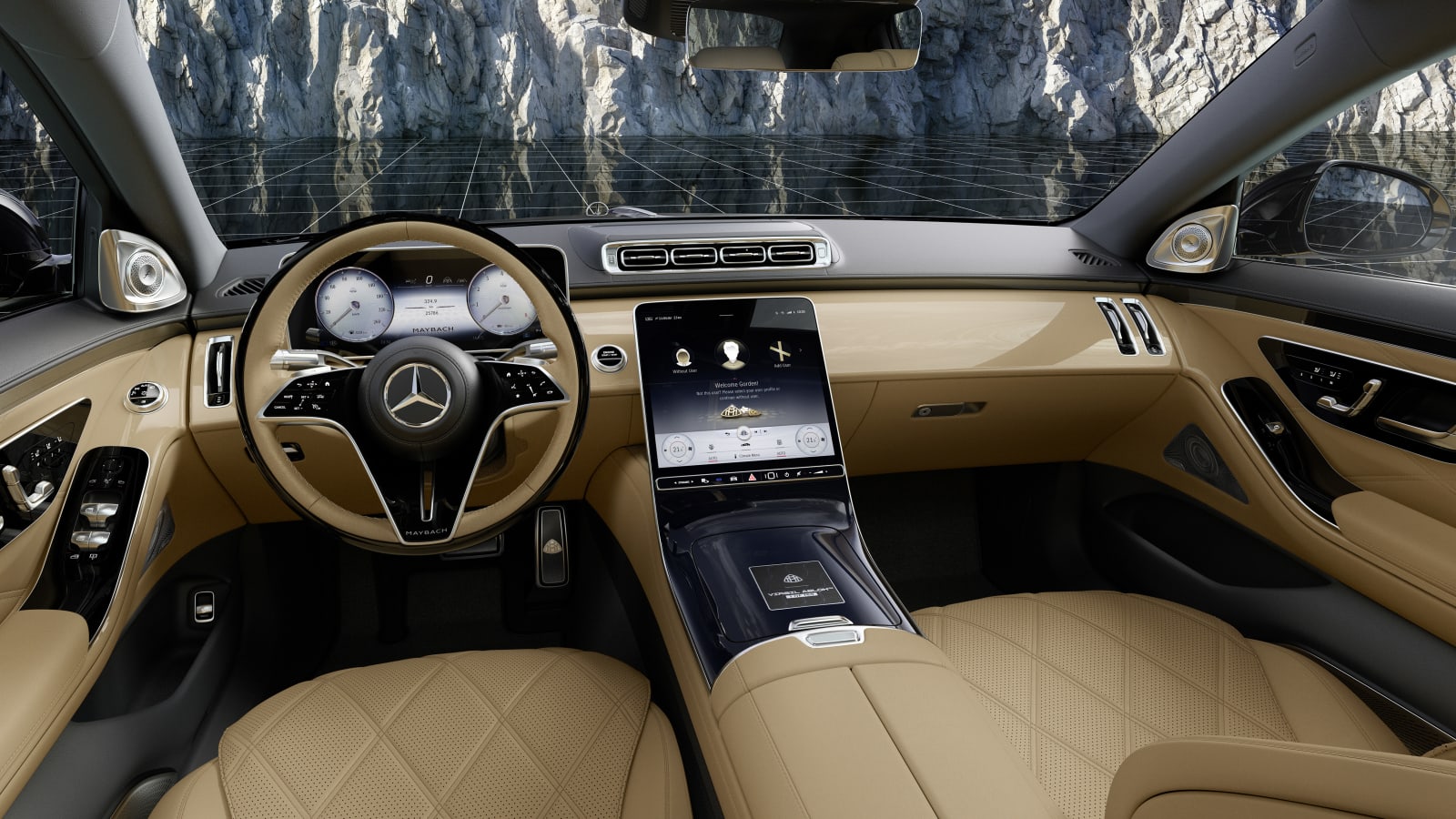 The same theme continues for the interior. It’s a black and tan two-tone throughout, and Mercedes’ Nappa Leather is used to cover surfaces. A unique Mercedes-Maybach and Virgil Abloh logo is inscribed on the center console to denote this car’s special-edition status. You’ll see the same logo on rear cushions, headrests and door sills.

Mercedes even went so far as to modify the infotainment system and its controls for this special edition. The “home” button gets a sandy Abloh theme, and so do the selectable apps on screen. They’re decorated with fashion accessories, and they’re hopefully still as easy to depict and use as Mercedes’ standard MBUX icons.

As for extras beyond the car itself, every one of these special-edition models comes with a wooden box emblazoned with the Mercedes-Maybach and Virgil Abloh logo. Inside the box, you’ll find a 1:18 replica of the car, a carabiner hook and your two keys. You’re also going to get a car cover featuring the Virgil Abloh logo with the car, but this one doesn’t fit in the box.

If you really want to look the part next to your car, there is a whole line of clothing designed by Virgil Abloh that is launching today, too. It comprises clothing done in shades and hues similar to the car, so you can truly look the part hopping out of your Virgil Abloh Mercedes-Maybach.

Pricing for the Abloh Maybach wasn’t listed in today’s announcement, but you can guarantee that it’ll be considerably more expensive than a standard S 680 — note, the new model still doesn’t have an official price, but the previous V12 Maybach had a starting price over $200,000.