Afaf Shehab, 27, and Basil Hawari, 32, have three things in common: they live in Haifa, they have a past in computer programming and they have a deep passion for pets. In fact, they love pets so much they set out to develop an app that will serve as an information hub for pet owners.

Petwork, which is currently in the alpha stage of development and is seeking investors, is a digital ecosystem for pet owners that provides information about services and allows users to share reviews and opinions about veterinarians, places to buy food and trainers in the area. Users can also search for parks with trails, local pet-owner gatherings, and pet-sitter options — both locally and around the world.

The two, who became friends after working together years ago at a marketing company, realized there was a gap in information and recommendations for the pet-owning community, and decided to fill that void with their app.

Though the app’s development was swift and seamless, as one might expect from two seasoned programmers, Shebab and Hawari felt they lacked critical business knowledge, and that prompted them to join an accelerator program. 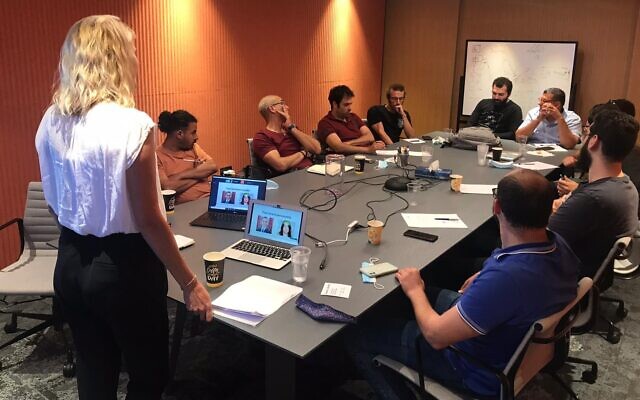 A workshop day at the Hybrid accelerator, whose 5th cohort ended in November 2020 (Noa Gastfreund)

“We felt that there were some things missing on the business side of things, so that’s why we started to look for accelerators,” Shebab said in an interview with The Times of Israel.

The couple are recent graduates of the Hybrid program, which aims to help budding Arab entrepreneurs develop their startups and their products. The program was set up by graduates of the Israeli Defense Forces’ elite 8200 tech unit, who worked together with the Economy and Industry Ministry to help Arab Israelis become more active participants in the nation’s vibrant tech ecosystem, to boost diversity and tap into new sources of talent.

During the six-month program, Shehab and Hawari fine-tuned their startup by strengthening their professional network, and learned about how to run a business and how to sell investors on the story of their app and what needs it meets.

Hybrid, which launched its first cohort in 2016 and finished its fifth in November, typically accepts eight to 10 startups each year. The goal is to build networks for Arab Israelis so their startups can grow. Applicants come from a diverse range of backgrounds, though they all need to have a solution to a problem in society.

“What we are trying to do within Hybrid is to help [Arab Israelis] get involved and emerge in the Israeli ecosystem in the best way,” said Noa Gastfreund, the program’s managing director. 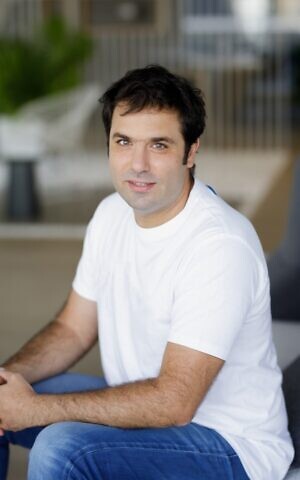 Arab Israelis account for 20% of Israel’s population but are vastly underrepresented in the nation’s booming tech sector, partly because they lack the network many future entrepreneurs create during their service in elite technology units. Arab Israelis are largely exempt from military service.

At Hybrid, entrepreneurs are matched with mentors — people with industry experience, leaders and veterans of Israel’s high-tech sector, who help them, through workshops and meetings, to develop their ideas and bring them to a stage where they might see market success.

Gastfreund said this year’s program, which began in June, was fully remote due to the coronavirus pandemic.

Another startup that successfully completed Hybrid’s fifth cycle is called GemSight, a virtual try-on service for jewelry and watches that uses augmented reality to allow users to view what the items would look like on their hands.

Shoppers can direct their phone’s camera at their hands and experience a try-on simulation on their screens, bringing the in-store feeling of trying stuff on to the world of online shopping.

GemSight was created by 37-year-old Haifa resident Basila Kattouf, who said he found immense value in the mentorship and the opportunity to gain professional feedback and advice.

“It’s always good to have someone to think with you together — to share your thoughts — especially if you are alone,” otherwise, he said.

After graduating from the accelerator program, Kattouf applied for a grant from the Israel Innovation Authority, and was waiting to hear back.

He said he’d like to use Hybrid to connect with key people in the startup ecosystem and investors. 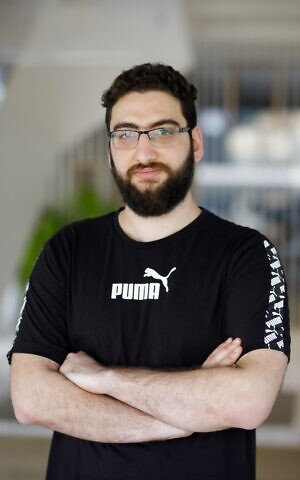 Another 2020 Hybrid graduate startup aims to tackle a problem for the gaming industry. Khaled Zbidat and Bilal Tayh are the developers behind Flare, an eSports social platform that allows small videogame streamers, who record live gaming and simultaneously upload it online for viewers to watch, to create brief and engaging content to boost their visibility.

The app would target streamers who struggle to build a following due to the overwhelming influence of popular streamers, and the sheer size of the streaming community. Using tools powered by artificial intelligence and algorithms, Flare offers viewers real-time gaming highlights and makes viewing more snappy and interesting — helping lesser-known streamers attract a larger audience.

Zbidat, 25, and Tayh, 27, both of Beersheba, bonded during their studies in computer science at Ben-Gurion University of the Negev as they both loved gaming and streaming. They decided to set up their startup last year, and realized they needed to supplement their background in computer science with business know-how.

“We transferred from the mindset of building an app — of being from a computer science background, that we build programs — to being entrepreneurs, to think business,” Zbidat said.

At Hybrid, he said, the duo gained experience in how to approach investors, think like an entrepreneur and approach their startup with a business lens. They are currently building a website and continuing to develop their idea.

“We wanted to get to the next level with Hybrid, and it worked very well,” he said. “We think we are in the next level. We got more than what we anticipated to get, actually.”