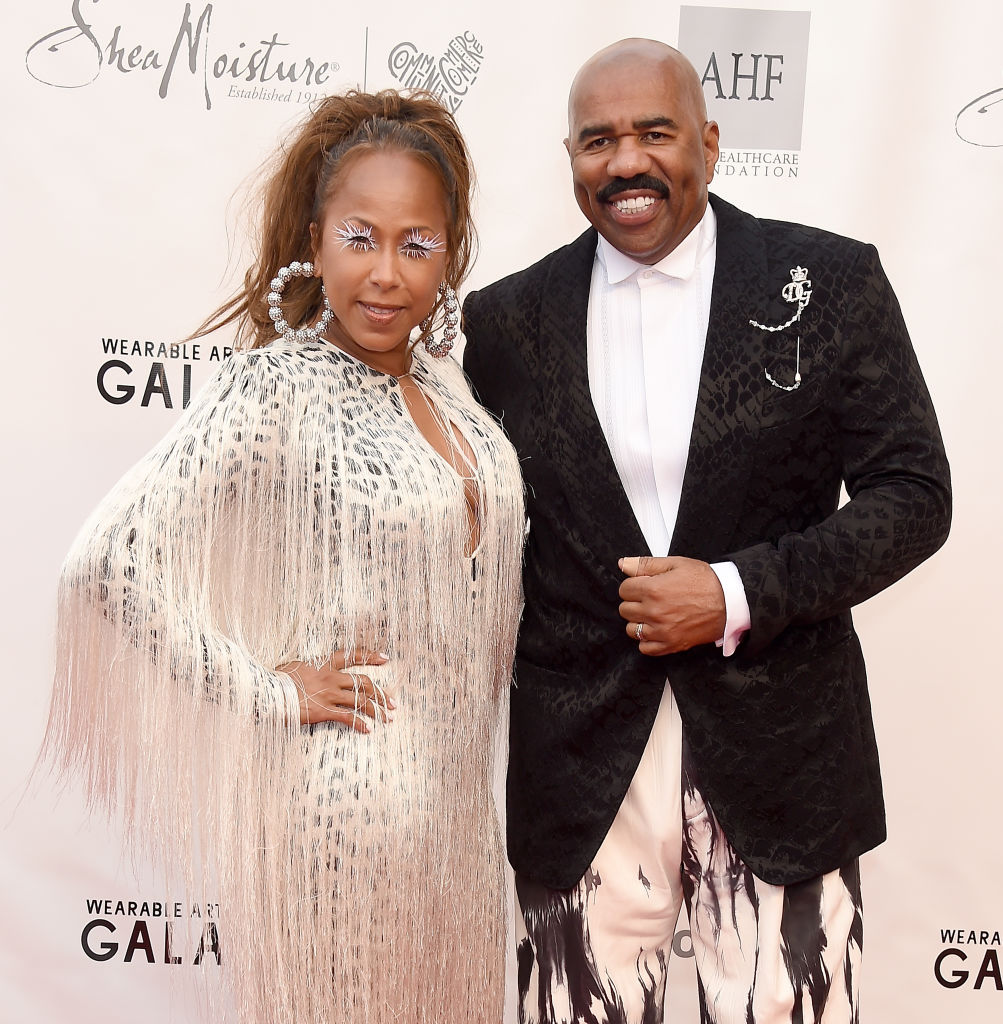 Steve and Marjorie Harvey have been strutting the streets of Paris in the finest designer fits. The lovebirds traveled there for Paris Fashion Week and have been taking our breath away with each look.

When they attended the Fendi fashion show, Steve Harvey, who is styled by Elly Karamoh, was donned in an outfit from Italian designer Alta Sartoria. Steve Harvey was sharp in a chocolate tweed suit jacket and trousers with YSL accessories. Marjorie Harvey was fabulous in Fendi. She wore an all white ensemble consisting of a belted blazer jacket and matching wide leg pants. Steve and Marjorie Harvey has also been styling in Dior, Givenchy and CasaBlanca.

Marjorie Harvey was the inspiration for this couple’s glow up. The Family Feud host said he had to step his game up if he was going to be by her side.

“But I think the whole thing for me was hiring Elly,” he told GQ. “He even collaborates with my wife, which is how I was introduced to him in the first place. My wife stays into fashion. She don’t care what they say about her… Marjorie Harvey is going to be fly, and I didn’t want to look like the old-a** man standing next to her.”

He added that sometimes Karamoh and his wife clear his closets of his beloved suits when he’s not around.

“This dude, he has an ally in my wife,” he said about Karamoh. “When I’m out doing something, I’ll come back and I notice—now I have several closets—and I’ll notice that. ‘Don’t it look a little skimpy in here?’And my wife has told him, ‘Get rid of that, Elly, let Steve look fresh.’ All of my suits are tailored, right? And so now that’s a whole ‘nother order I got to put in. Because the funny thing is, once he introduced me to the new fit, now, if I put on one of my older suits, I’m upset. It doesn’t feel the same.”

Take a look at their looks below.

RELATED CONTENT: Lori Harvey Opens Up About Why Her Mom And Steve Harvey’s Marriage Is ‘Couple Goals‘

6 Chemical And Minerals Bad For Your Health

Is Garnier Whole Blends Good for Your Hair?