Dreams Do Come True: A Reveller Who Became a Custom Jewelry and Fragrance Designer

Jonnyo Dulay owns a fashion brand S1ck Jewelry. He has collaborated with manufacturers in Italy, with the latest lineup of apparel, from hats to jackets, and handbags. 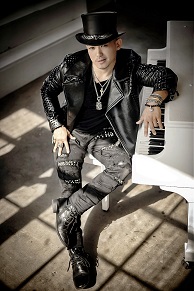 There are many reasons why Perfume is an absolute necessity of an accessory. It not only adds to the confidence of an individual but also has the power of persuasion which imbues a sense of fashion and style. Likewise Jewelry has long been connotated making a fashion statement. It has the ability to light up a simple party dress or even a casual pair of jeans. And when we speak of these, we keep men inclusive.

More often than not, the efforts to feel the charisma that everyone has in them seldom comes from men. Jonnyo Dulay aka Jonny Truelove saw this as a consequence of many brands not paying the due attention to men. He saw how men who fancied Fragrances and

The True Story of Elsa Peretti and Her Relationship With Halston

Fittingly, Ryan Murphy’s new Netflix series, Halston, is primarily based around its titular figure–influential American fashion designer Roy Halston Frowick. But a program about the life of the seminal milliner-turned-New York icon would be incomplete without also featuring Elsa Peretti, the Italian model and jewelry designer who was one of Halston’s closest friends.

In the series, Peretti is played by Rebecca Dayan, a French actress who has had supporting roles in films like The Childhood of a Leader, The Neon Demon, and Limitless. A staple of the Studio 54 crowd, Peretti eventually began creating jewelry, and became both renowned and tremendously successful for her sleek, sculpted designs like the bone cuff sold at Tiffany & Co.

“She’s such an incredible role model. We talk about ‘girl bosses’ and she was one of the first. She knew her worth, didn’t compromise, and created something new,” Dayan told